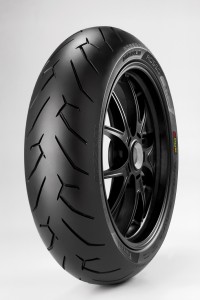 It looks like British riders will continue to feature in World Superbikes over the next three years, now that Pirelli have announced that they’ve secured the control tyre contract for the series until the end of 2015 – that’ll mean a staggering total of eleven years as sole supplier. 2015 is when the British Superbike contract ends too, and there are advantages to both series staying in-line with each other. We can expect to see more World level wildcard rides from racers in our national series paddock and any World Superbike team looking for a rider with experience with the Italian manufacturer’s race rubber need look no further than BSB.

So, a bit of a monopoly in the Superbike arena, but Pirelli state that this is good news for road riders too, as their expertise and technological developments filter down directly from racing to road rubber. They are especially proud of the Diablo Rosso II. It uses Enhanced Patch Technology, developed specifically in the WSBK arena, which optimises the tyre’s contact area with the tarmac at all lean angles ensuring maximum grip and Integrated Contour Shaping, improving stability and performance in the wet.

The Rear Diablo Rosso II tyre features a bi-compound tread, spread between a grip compound on the shoulder and a wet/mileage compound on the centre, giving the best of both worlds. They won’t break the bank either, at around £236 for a pair (120/70 front and 180/55 rear) and you can get more information at
www.pirelli.co.uk

This entry was posted in Products and tagged Pirelli, tyres, WSBK. Bookmark the permalink.