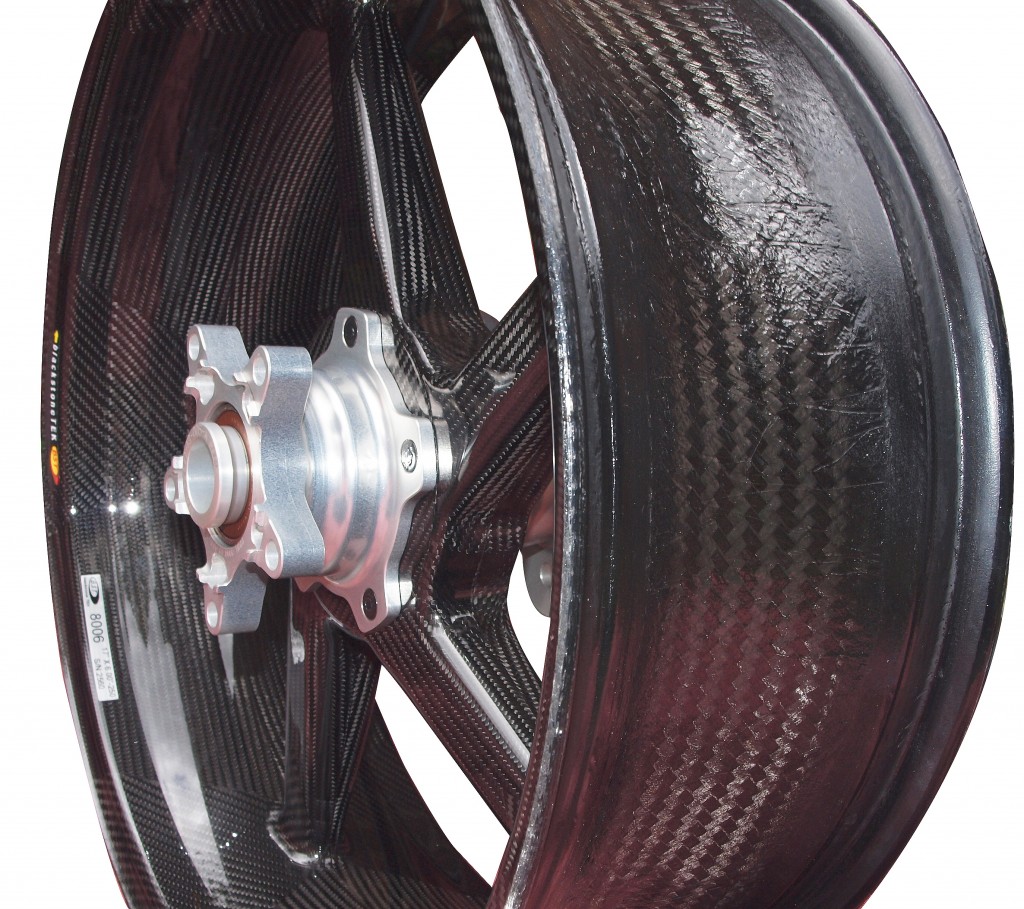 After Alan Cathcart’s visit to the BST Blackstone Tek factory, covered in the July issue, UK distributor HPS kindly sent us a pair of BST Prepreg Carbon Fibre wheels to play with. We were shocked and impressed at just how light and how beautifully made they are. As well as looking good, they reduce the unsprung weight of the bike and, more significantly, substantially reduce both rotational and gyroscopic inertia  – allowing a bike to be braked later, turned-in faster (with less rider effort required) and gain acceleration – thus saving a bit of time at every corner on the track. Giles Harwood from HPS says that typically they’ll take 0.8 seconds per mile off your lap time and that the twistier the circuit, the higher the benefit (BST users have reported savings of almost six seconds at Cadwell Park – although that’s a very extreme example). Suited to riders all riders (even those who are new to track riding) on HPS’s website you can download many independent tests where  professional riders have, for example, found reductions of two seconds per lap at Donington Park Circuit – with no other bike changes or suspension adjustments.

Giles says “Many of our regular customers now typically buy a pair of BSTs as the first modification they make to a new bike because – in terms of £s spent vs. performance gained – they’ve learned they’re by far the best value”. As well as being lighter, the prepreg carbon fibre is far stronger and more durable than any Aluminium or Mag (or regular “wet-lay” carbon) wheel, making them very sought after used – and, because they’re clear lacquered, any damage would show up so you can prove they’re in good nick when you come to sell your bike.

They’re not cheap – at around £2500, but Giles reckons you rarely see a set on eBay for less than £2000, so, you potentially could own a set for the depreciation cost of only £500 or £600 over two or three years, meaning they compete extremely well with the array of other engine, suspension and brake tuning options you would need to throw at your bike to get that sort of major improvement in overall performance!HPS are on 01773 831122 and at www.bikehps.com/bst

This entry was posted in Products and tagged Blackstone, Carbon Fibre, HPS, Wheels. Bookmark the permalink.