The heat is on at Hottrax Motorsport Racing Club

After a fantastic opening meeting of 2012 at Brands Hatch, Hottrax Motorsport Racing Club are eagerly awaiting round two at Snetterton.

The opening round at Brands was played out to a backdrop of glorious sunshine, and it featured a massive range of races from National and Clubman 600 and 100 three-hour endurance races, to MotoGrande 600 and 1000 and much, much more.

It was a dream start for Piers Hutchins, who only appeared on the Sunday of race weekend, yet he racked up two wins in the MotoGrande 600.

The endurance guys have all got a marker to beat this season, after a comprehensive performance and victory by the vastly experienced Sweatshop team. Riders, Mick Godfrey and Simon Gardiner ruled the National 1000s on their new Kawasaki ZX10, finishing a full 7 laps ahead of their nearest rivals.

You can expect more thrilling racing at the next meeting, which takes place at the Snetterton 300 circuit on the 21st and 22nd of April 2012. For more info check out http://www.hottrax-motorsport.co.uk/ 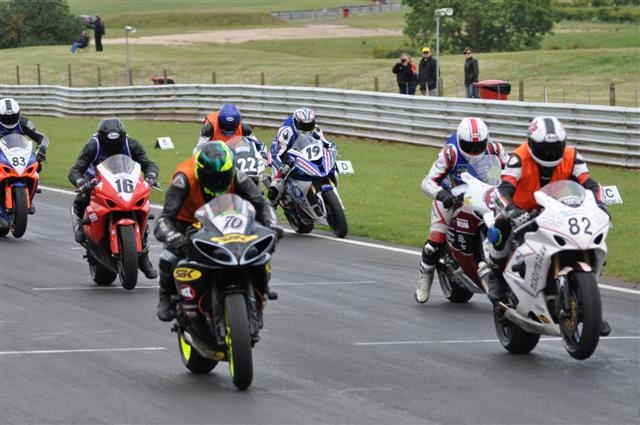 This entry was posted in Club Results, News and tagged Hottrax. Bookmark the permalink.